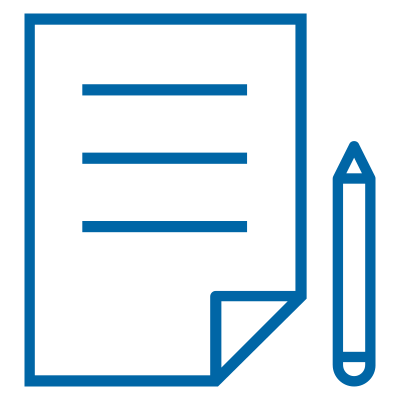 First of all, it should be noted that the main goal of each enterprise is making a profit from its activity and attraction of new clients; consequently, it tends to reach this goal. If a company reaches the intending aims on the domestic market, the highest management of the company takes a decision to entry the global market for new opportunities. Naturally, the foreign activity of the company depends on the domestic and foreign policy of their country (Dilnot, Chervet, & Estrin, 2010). It is needed to underline that the government is usually concerned with the foreign activity of domestic enterprises (Cattaui, 2000). It is connected with the fact that an international company is the source of the progressive capital movements and as a result, stimulates greater flows of import, export foreign, and direct investment in the country (Cattaui, 2000). Clearly, all the above facts impact the volume of the state budget. A further advantage of the multinational enterprise is that it coordinates the international economy. In modern world, when technology is updated every day, multinational companies provide an ability to deliver new goods and services to the market and generate innovations, using experience of foreign partners or competitors.

The international financial crisis has ended, and the majority of its aftermath has been overcome by governments of countries; so the multinational enterprises can continue their foreign activity in the new markets (Dilnot, Chervet, & Estrin, 2010). After the financial crisis, countries have opened their boards for import. As a consequence, it provides new opportunities for multinational enterprises for their stabilization and improvement and leads to improvement of the economic statement of countries (Dilnot, Chervet, & Estrin, 2010).

If to sum all plausible information, it is needed to make a decision that multinational companies play a significant role in the economy of each state, and governments are interested in their existence. Consequently, they try to create all possible conditions for developing such enterprises and their activities.

Answer: Having analyzed the information “Product and Price” of the company Tommy Hilfiger, it is needed to underline that the European consumers are completely different from the American consumers, and the formers have absolute other requirements for the clothes. These have been the reasons for the cost increase of the company products. Firstly, the European consumers are interested in the high quality of clothes more than Americans, and as a consequence, the U.S. company was obligated to increase the quality of its merchandise in order to take its own niche in the European market. Secondly, the enterprise has taken a decision to create the line of more luxury items. The new line of clothes includes such upscale materials as leather and cashmere; as a result, the prices were increased. Furthermore, the average European consumer is older than the American one. It means that the Hilfiger’s items are attractive for the audience with more serious incomes than in the USA, and this fact has automatically stimulated the enterprise to increase the price. It should be emphasized that the most important factor of price augmentation was the evidence that the margins to final consumers in Europe run from 50 to 100 percent higher than in the United States. After the detailed study of the backgrounds of the Hilfiger pricy policy, one may sum up that clothes company has not enough explored the abilities and requirements of the European audience. It was the main disadvantage of the Hilfiger marketing policy. If the Hilfiger had not switched from the cotton to wool or not created the new line of clothes on time, the products would not have had higher demand, and as a result, the annual sales would have been in smaller size. It would have made the company lose its luxury image in the Europe outlets.

Question 2: Hilfiger’s CEO would like to harmonize the European and U.S collections by having Hilfiger move more upmarket in the U.S. What problems might the company face in doing this? What might it do to make this strategy successful?

Answer: If the company moves quality of their products for American consumers, it will increase the price of Hilfiger merchandise in the same way as in the European outlets. It is important to underline that the Europeans do not mind paying a high price for upscale clothes, while the Americans are not interested in such clothes. This is connected with the evidence that the average American customer is younger, comparing with European, so incomes of the clients are different. This information affirms the unavailability of average American consumer to purchase Hilfiger’s products. Furthermore, the American enterprise cooperates with wholesalers and retailers in Europe, and consequently, the foreign distribution market has bigger volume, comparing with the domestic market. It explains its great sales volume. In addition, it is needed to note that the economy rule regarding the impact of the product price on the demand says that a rise in the price cannot guarantee an increase in profit. Consequently, the company can incur a loss in the domestic market (Hofstrand, 2007). In order to fulfill the strategy of the harmonization the U.S. collection by moving upmarket in America, the marketing department of the company should research the domestic outlet in details. In the first instance, it is needed to be sure that the American audience wants the upscale clothes. Then, it is important to know what kinds of high quality clothes and type of materials customers want to buy. It seems to be more efficient to make the harmonization strategy by the expansion of the American distribution market. As the company cooperates only with wholesalers and department stores, as a result, it has a limited number of the clients. Importantly, the enterprise Tommy Hilfiger tries cooperating with retailers by augmentation of the smaller boutiques with decentralized showrooms, which is the same as in the Europe. To the certain extent, it will afford the smaller retailers visit Tommy Hilfiger.

Our outstanding writers are mostly educated to MA and PhD level

Question 3: What strategies would you recommend for clothing companies outside France and Italy to overcome the positive images of “made in France” and “made in Italy”? What might Hilfiger do?

Answer: Clearly, the clothing company should create the strategy of the overcoming the positive images in the mind of the European audience regarding American upscale clothes by such ways. As Tommy Hilfiger wants to appropriate its items the same image as “made in France” and “made in Italy”, the enterprise should employ Italian and French designers and masters, who have great experience in this sphere in order to create the clothes lines for European customers. However, it will be most preferably to recruit such specialists from France and Italy clothes’ companies. Their most important advantage consists in the fact that they know the secrets of success European clothes. Secondly, Tommy Hilfiger should start partnership with successful French or Italian PR agencies, and they should be used to promote American merchandise on the European market. The advantages of such cooperation are obvious. Naturally, they know all the characteristics of the consumer’s thinking in Europe, all their strengths, and weaknesses. As a consequence, they will be able to create such PR campaign that can persuade the audience that the quality of American clothes is much better than European. Needless to say, it is needed to do research what will be based on the first results of the new European staff’s and partner’s works. If the results of research are positive, it will make sense to continue the partnership between the clothes enterprise and European partners and staff. Other way to overcome the positive images of European brands will be the usage of French and Italian materials for production of the clothes, and this evidence will be needed to highlight in the Hilfiger’s advertising campaign, and clearly, on the brand label on the clothes line for European outlets.

This case report includes the information about the popular clothes company Tommy Hilfiger. This American brand is famous and popular not only on the domestic but also on the global market. There are different Hilfiger’s items in both markets. The reason for this is that the requirements of the clients on the different parts of the world are diverse. It is needed to underline that the company have explored in details all the needs of European clients, and as a result, Europe alone accounts for 39 percent of the international sales. The main problem in the domestic market of the company consists in the slow growing of the total sales. For this reason, the company is interested now in finding the problem solution.

The work includes the analysis of Hilfiger price policy and distribution system. After having done the research and analysis concerning all the information above, there were created some pieces of advice how to improve annual sales of the clothes company in the domestic market. The Hilfiger CEO should create the integrate strategy regarding the expansion of the American distribution market and the harmonization of the U.S. collection by moving upmarket in America. Due to the positive image of clothes that are “made in France” and “made in Italy”, Tommy Hilfiger should launch the partnership with French or Italian PR agencies as well as designers and masters.